How a Digital Cat Could Raise Thousands for Charity

ACTAI Global, parent company of Slingshot client XTC, have teamed up with Ocean Elders and the world’s leading crypto collectible game CryptoKitties, to create a charity auction with a difference. Designed to benefit the world’s oceans and wildlife, the fundraiser is auctioning off a cute, one-of-a-kind digital kitty. 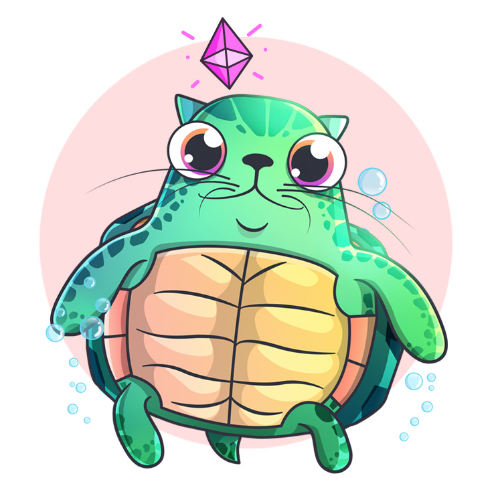 A game where players collect and breed cute virtual cats, CryptoKitties is the most successful consumer product built on blockchain technology that makes cryptocurrencies such as Bitcoin possible.

It’s a series that Cassidy Robertson, head of Kitties-for-Good, CryptoKitties’ charitable initiative has great hopes for. “We are so excited to see Honu in the wild – one part activist, telling stories of our endangered friends, and another part pop culture icon, stealing the spotlight to combine both worlds for greater good,” she says . “The very first in a lineage of CryptoKitty icons representing the charities and causes they embody.”

Bill Tai, co-founder of ACTAI Global and the Blockchain Summit in Morocco where the Honu auction was launched, shares the enthusiasm and highlights the benefits of the fundraiser. “This campaign bridges CryptoKitties’ blockchain game with capital raises that will benefit the planet’s ocean and wildlife,” he says.

“It unites the 800,000 CryptoKitties that have been born, the global technology, crypto, and investment communities with environmentalists and foundations dedicated to preserving our planet’s natural habitats.”

Competition to win the one-off Honu Kitty is expected to be fierce – the original CryptoKitty was created for a charitable auction and raised $140,000.

Bidding for Honu Kitty started on 9 July and ends 15 July. Find out more about Honu Kitty and register for the auction at honukitty.com or follow the hashtag #HonuKitty on social media.

LATEST BLOG POSTS FROM THIS AUTHOR